By: Bethany Dearden from whistleandivy.com 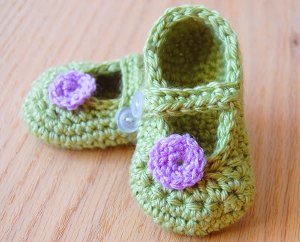 By: Bethany Dearden from whistleandivy.com

Any little girl will look adorable sporting these 60 Minute Mary Jane Slippers. The crochet slippers are super cute with a single dot crochet design towards the toe for an added embellishment. This easy crochet pattern comes with instructions for newborns to 12 months just in case you are expecting or already had your child. The button strap closure is great for keeping the slipper bootie on and helpful for when you need to take it off. Work up a couple in different sizes and colors as a cute set for a baby shower gift!

Mary Janes, a closed, low-cut shoe with a strap across the top, is a popular girls' shoe, but it first dates back to the early 19th century and was originally considered a unisex shoe. The term "mary jane," in reference to these shoes, dates back to the early 1900s and to a comic strip called Buster Brown. In 1904, the creator, Richard Felton Outcault, traveled to the St. Louis World's Fair and sold licenses to other companies to allow them to use Buster Brown characters in their advertisements. One of these companies, the Brown Shoe Company, later hired actors to play these characters in theaters and stores to increase their popularity. Because of this, the style of shoes that both Buster Brown and Mary Jane (Buster's sweetheart in the comic strip) wore became known as Mary Janes, after her. 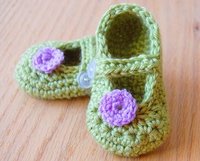 I love making baby booties since they are too cute and totally quick to make and these are adorable. First, to the person who asked about adult mary janes, the designer of this pattern has a pattern for adult mary janes,also. You'd just need to look at her site. Second, to the person that said they have hard time making the second slipper, it isn't something you are doing wrong. Most patterns ended up looking like two for the same feet and this is because the sole is designed the same and the seam makes itself of curve more one way than the other.

I so agree with Hippie Chick below, I enjoyed reading the history of the Mary Jane shoes. Thanks for adding that! I like this written pattern and wish there was a pattern for adult Mary Jane Slippers as well. I have made every one of my Granddaughters a few pair of these cute slippers and now that they are getting older they are asking for another pair. Any help for making this pattern larger? Love, love these slippers. Thank you so much for sharing this free crochet pattern.

Very interesting history of the Mary Jane shoe style included with this post. I learned something new. I have made several pairs of these for baby showers that I have attended. I never have trouble with the first shoe, but always seem to have problems making the second one to match the shape of the first.

These sweet and simple Mary Janes are designed for a 3 month to 6 month size, but if you click on the pink arrow box at the bottom of the page, there are patterns for additional sizes as well as a link to an instructional video. This is also a specifically Right and Left foot pattern, too. Very nice, and I cant wait to make them up in classic black.

I just LOOOVE these! Can I say that I was looking for a cute baby bootie pattern for a family member who was expecting. I already had caps and sweaters but needed that bootie. I found this one. They work up so fast! And they are really easy to make. I think it's suitable for beginners, even. They look better in person, too!

Thanks for sharing the Mary Jane and Buster Brown shoe brands. Here's the link to the pattern http//www.allfreecrochet.com/Free-Baby-Crochet-Pat == terns/Cera-the-Triceratops-Bib

I love this pattern. So cute for a little girl.

I am having trouble with number six.I don't understand this please explain Sctog 1.

Looking forward to making these cute little ones!Printed off very well!Thank you! From Cheryl

the site doesn't seem to be working.

I tried earlier when there were errors and so I gave up then. Luckily I came back for the pattern and found out that the errors had been rectified and it all made sense now. Love this pattern!

I tried to get the pattern for the little Mary Jane booties. It would not show it to me. Disappointed.

I am the author of this pattern, and I must apologize for all the errors. This was only the second pattern I have ever written, so I am sorry! I have gone back and fixed many errors, so I apologize for any inconvenience. Please contact me if you have any questions about this pattern. I will do my best to help you, and I will get back to you quickly: whistleandivy@gmail.com

This pattern is adorable but I am unable to download it no matter what I try. Is there anywhere else to get it?

Yes, Bethay says it is free, but it is pattern is not free? I think she should remove her statement to sat... if is free to look but you can not down load it...that is false advertising. It is not coming for the site I looked at either. I asked Google to show me Free crochet baby patterns. But like you and I said They are not free...?? There are many site that have say free and they are...False advertising should not be allowed...I do not look at her site anymore...!!! Mean what you say and Say what you mean Is it free or not that is the question???

What is the magic ring lol? After some guess work I was able to make the booties. Sc2tog is another way of saying single stitch decrease.

Here is your video tutorial for doing a sc2tog: http://www.youtube.com/watch?v=EI7Nq3LUNc0

I do not understand part of this pattern - what does 2tog mean?

I've been crocheting for 40 years and the instructions for these mary jane booties are really bad! There are errors and it doesn't tell you where to end or where to start something, just a mess! Yes they are very cute but they would be even cuter if you could understand the instructions and make them. :(

I love the "Mary Jane's" in the green. But in black with pink flower would be lovely, too. Thanks. I am going to try this.

sorry, I'm not a english native speaker, so I need a little translation help : what "Sctog" means? thank you

two sc crochet together...you will have to look it up on you tube to see how they do it..

I attempted the 9-12 month size and the pattern has errors.

I made a counting error, but it has been fixed. 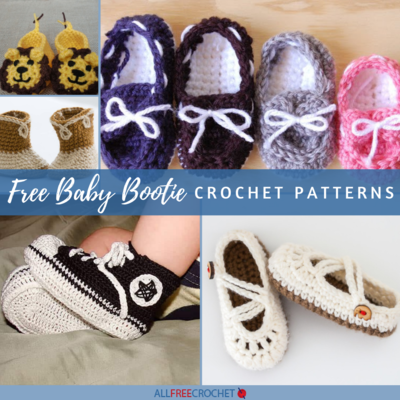 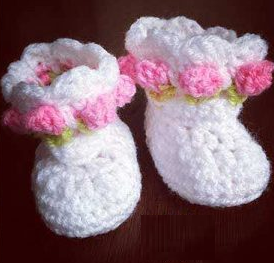 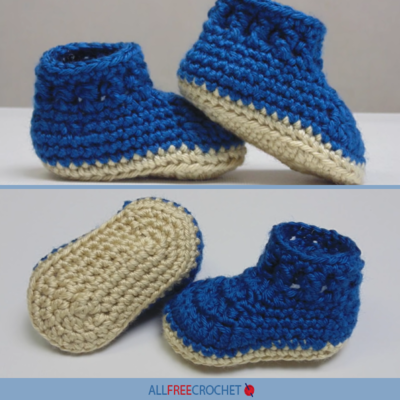 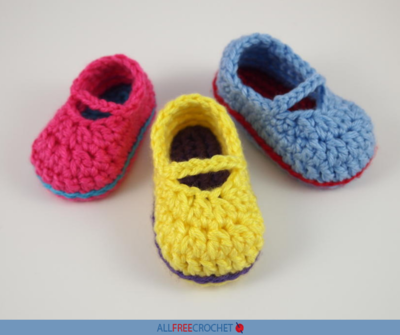 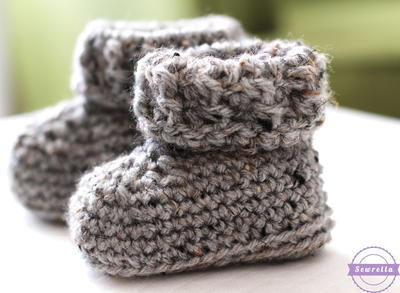 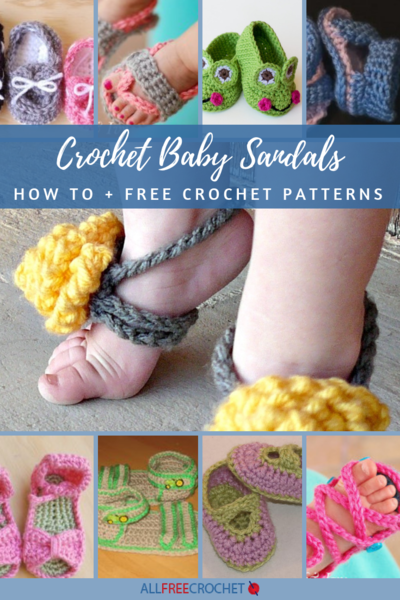 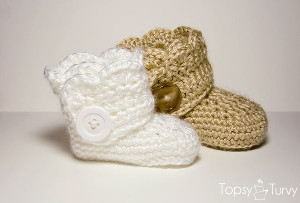 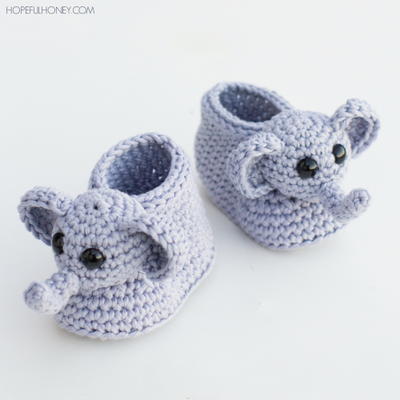 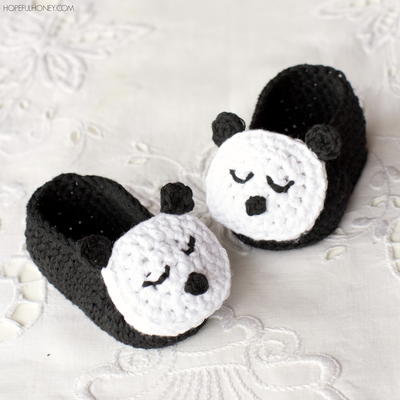 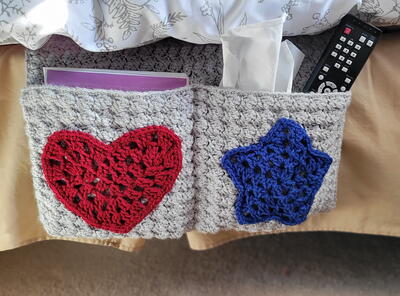 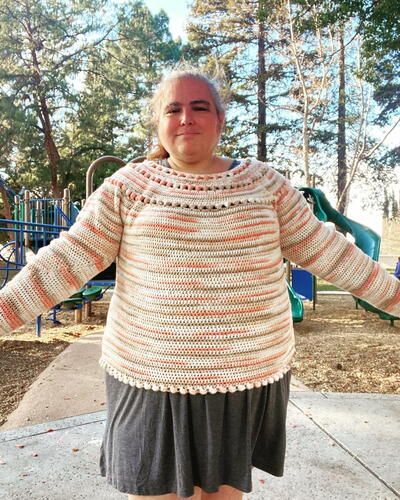 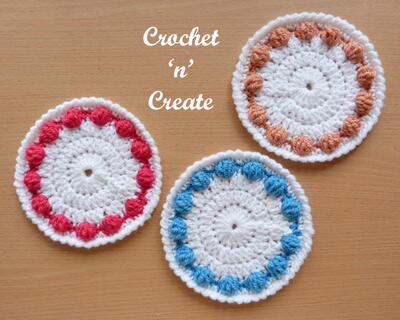 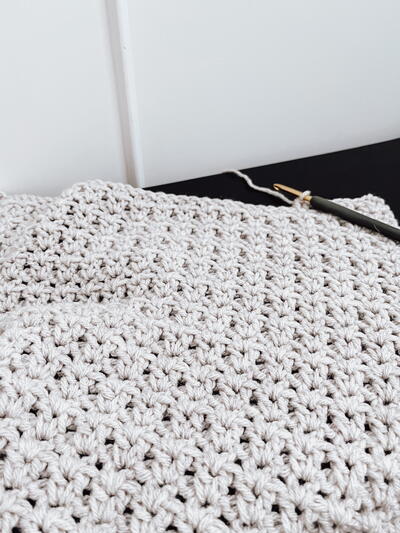 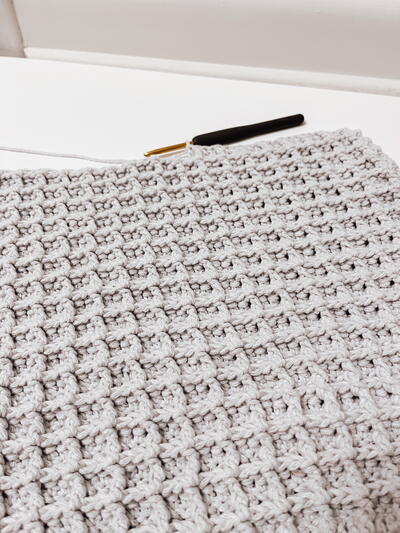 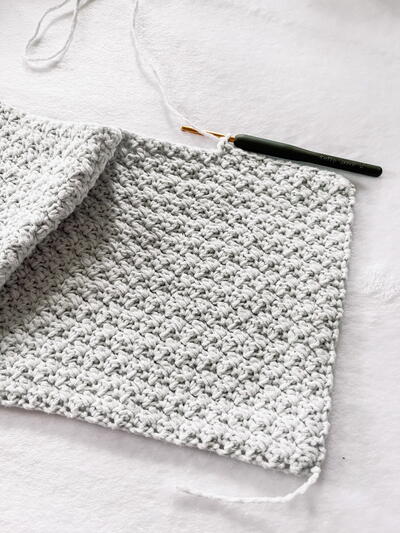 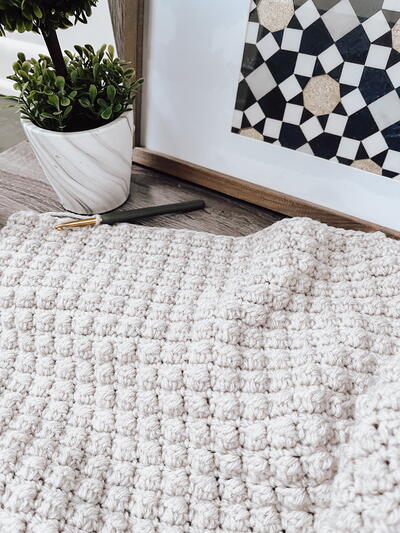